A desolate area is shadowy and gray, with barren, scraggly trees and huge, strange rock formations next to the sea. The air breathes of doom. The moon and stars shine in the dark, eerie sky, the only indication this is earth.

The murky water gently ebbs on the sea shore, reflecting the wavy, distorted illusion of a fluffy white kitten. An unreal image of a snake quietly slithers behind the kitten, calculating its attack. It waits until it is almost to the kitten when it stops. Its tongue flickers out. The snake suddenly strikes, its fangs extending. But the kitten turns to face its attacker and it jumps high in the air in fright, but when it lands on all four paws it turns into a vicious, contorted cat of prey, its face hissing, bearing its jagged sharp teeth. It turns on the snake.

Morningstar disappeared and was immediately delivered on his knees before Him.  Morningstar tried to stand but could not rise.  In a language only known to the angels, Morningstar was told that the name Morningstar would never be spoken again, and would be forgotten by all. Morningstar, once an angel of amazing beauty, became a stone figure that fell to ash. 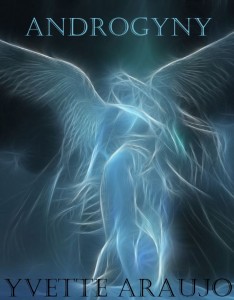 Adam and Lilith are to walk with other creatures he created. Animals of different species. All coexsisted and there was peace and appreciation for all he created and given.

As the first world was being destroyed and morningstars name was tranformed. The “unclean” ashes fell from the first world and created a dark underworld. The unclean entered the new world and whispered to adam in an omen that the woman that is to be his mate should not be equal, but to be submissive and docile in listening to all that adam has to say, and to do adams bidding when he demanded.

Request was acknowledged and granted. Lilith was removed from the only place she had ever known and placed on the outside of paradise. Lilith was not pleased had became angry in her dismissal. Lilith, did however use not only her gift of free will, but her six senses and found her home in one of the seas that was created. It would be there that lilith built her empire, sometimes conspiring with the unclean and

And mating with this dark entity. Producing 10,000 demons a day in all forms and voices. Lilith now had her own dominion.